The Kiwi Blog Bus recently took us to a magical location where we were not only awed by the amazing feats of nature but well and truly gobsmacked by it.

I’ve already said the road from Waitomo out to the west coast is simply stunning, read magnificent meanderings to Marokopa, but the highlight of the scenic trip has got to be a stop at Mangapohue natural bridge.

A short stroll on a riverside boardwalk takes you along the Mangapohue Stream through a steep limestone gorge and into the remains of an ancient cave system.

But no ducking your heads in these caves… the natural bridge is a 17 metre high limestone arch.

Millions of years ago the whole area lay underwater.

Movements in the earth’s crust about 10  millions years ago caused the sea floor to rise up, and it’s been evolving ever since.
The steep walls of the gorge were once sides of a cave, but as the cave grew the roof became unstable and collapsed.
The natural bridge is the only section with a cave roof remaining.

The wide cavernous ceiling is covered with stalactite-like formations (apparently here they are actually Epitrophic Speleothems!) which are well placed to drip cold water on you at any point. 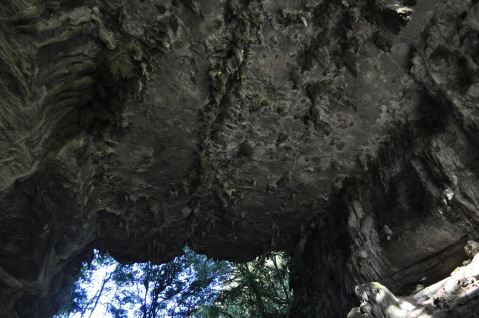 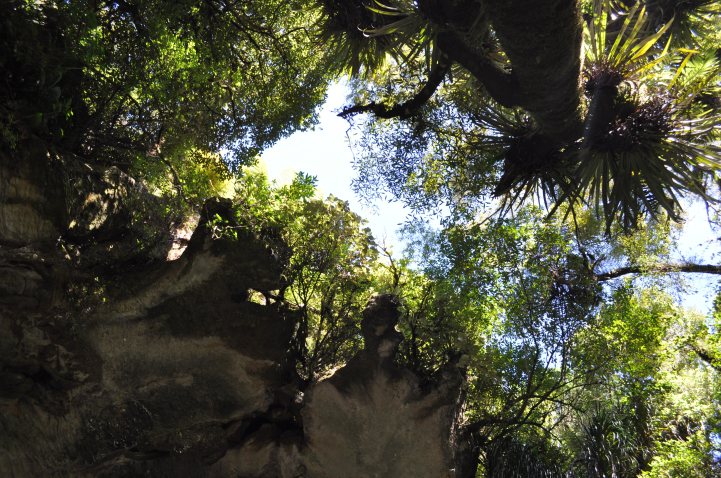 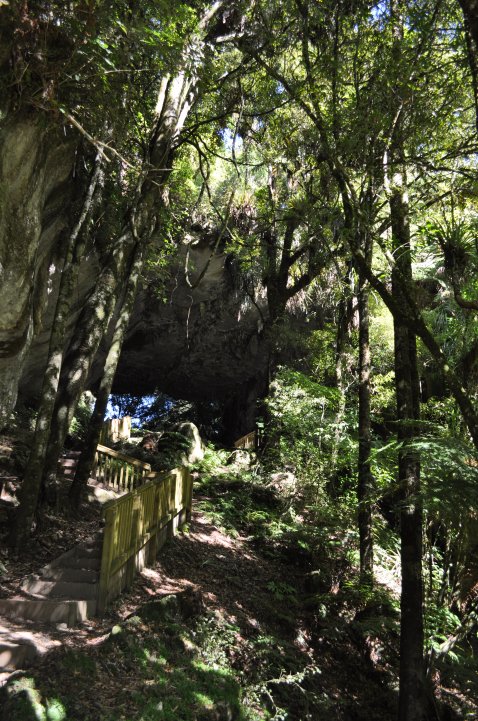 As tempting as it is to walk through the gorge again, make sure you carry on through and out the other side.

The loop walk takes you through the bridge and back into the surrounding limestone studded landscape where you can find 25 million year old fossilised oysters exposed in limestone outcrops before the walk brings you back to the car park. 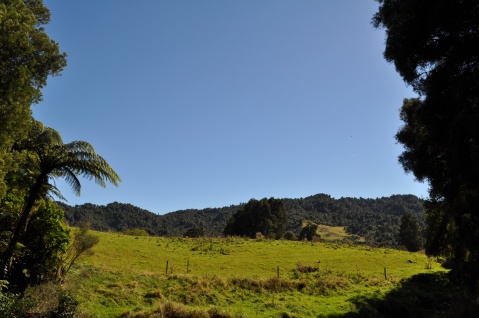 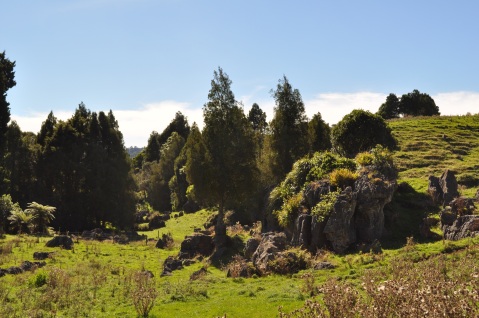 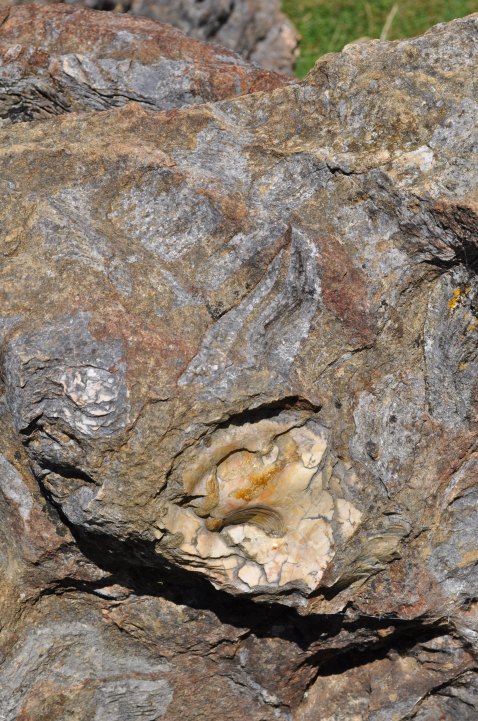 We decided to stay overnight in the car park at the bridge and another campervan later arrived so it was nice to have company there.

And it was possibly the best decision we could ever have made.

As the evening drew in we wrapped up warm (not that it was that cold out – it just made it seem more exciting!) and went outside to explore the gorge in the dark – and look for glow worms.

Caves, riverbanks and other damp shady spots provide a home for New Zealand’s most famous fly – the glow worm.

Northern hemisphere readers should note that these are not fireflies and not even a worm – but the larvae of a fungus gnat fly.
(Much nicer to say glow worms I think!)

Basically they can emit an eerie blue-green light which they use to attract flying insects to sticky silk threads they have made and hung out like fishing lines. Once they’ve caught prey they pull in the line and feed. You can read more details here.

My pictures were not very successful but hopefully show the quantities and brightness of what we saw. 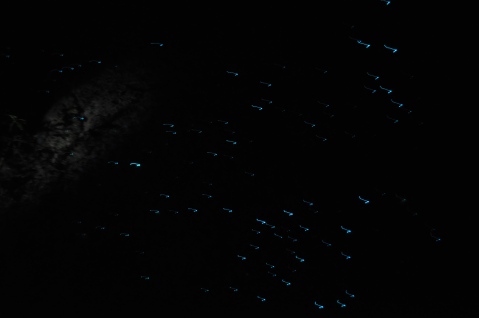 But despite how gruesome or icky it sounds – it’s an amazing sight to see, especially when you come across them in mass in a natural environment such as the natural bridge.

We didn’t have to go far down the path to see them, and soon it was apparent that the damp mossy banks of the river were covered with glow worms, unseen during daylight.

We’ve seen glow worms several times before, including at Waitomo caves, but this was really an experience like nothing else.

The sheer number of them in this fantastic place was just, well,  exciting!

We walked right inside the limestone bridge and the huge stone ceiling we had seen earlier was now covered with beautiful glowing lights – copying the bright stars in the dark night sky outside.

It was an amazing free experience that we all relished, and on the dark walk back to the warm bus the nine-year-old said it was the best thing she had ever done!