I’m pathetic on the peaks of Mount Pirongia

New Zealand is a land of volcanos, extinct or otherwise.
They are especially prominent in the North Island where many of the striking landscape features are due to several million years of volcanic activity.

The highest mountain in the Waikato is the extinct volcano, Mount Pirongia, situated just 25km from my home town of Cambridge. 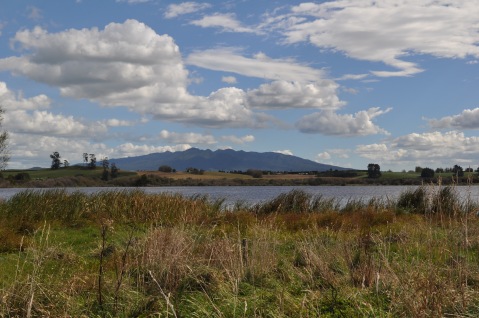 The Kiwi Blog Bus stopped there last weekend and todays post is about that part of our Easter trip.

The mountain rises to 959 metres and is part of Pirongia Forest Park run by the Department of Conservation.

It has many peaks, which are actually cones created by successive volcanic eruptions about 2.5 million years ago. Now forest-clad, it still has many obvious volcanic features like rocky outcrops, deep gorges and  sharp edged cliffs.

There are several walking tracks on the mountain and a DOC camping hut close to the summit.
The mountain is also home to two limestone caves and the tallest recorded kahikatea tree in New Zealand (a mighty 66.5 m high).

We drove to the car park on Corcoran Road from which there is a steady 90 minute walk to the Ruapane Lookout at 723 metres above sea level.

I could tell a fib and say I did the whole walk and post pictures from the top to prove it – however – I wouldn’t be on any of those pictures or even behind the camera. I have to be honest and say Sam is the only one of us that went all the way up, and I thrust the camera upon him. The nine-year-old made very little headway up the forest path before asking to go back to the bus (having already been on a long walk earlier in the day). I did another 20 minutes but then turned back, breathlessly.  Sam was left with only the two dogs for company as he made his way on.

Apparently the nice path soon turned into a real mountain path and towards the top was just sheer rock. But the weather was beautiful and the view superb.
Thankfully he made it back to the bus with my camera in one piece and full of photos.
I thanked him with a pot of tea.

I still had the camera at this point!

The forest and its greenery

The path begins to change and Sam is now on his own! 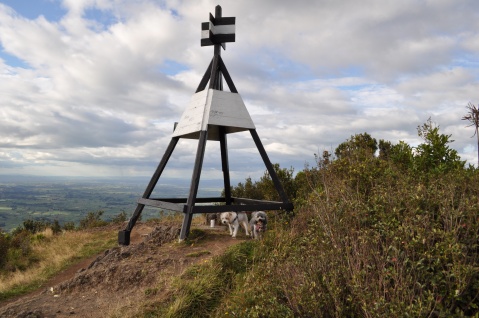 Looking over towards Raglan and the coast

Mt. Karioi and the Tasman sea in the distance 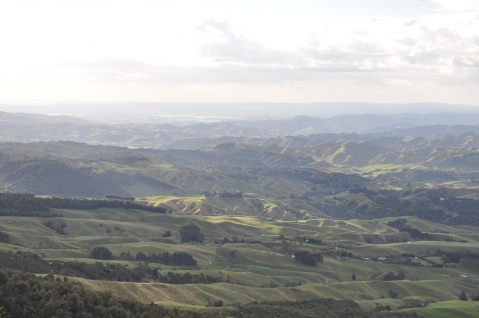 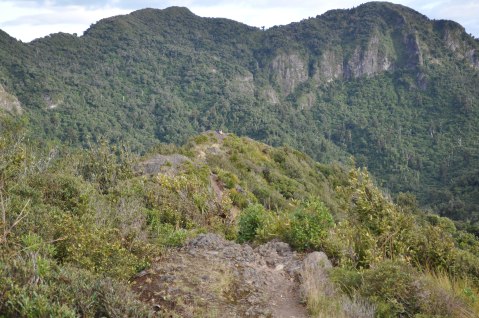 The many peaks of Mount Pirongia

The guides say the track is suitable for anyone of moderate fitness.
I am ashamed to be less than that. I could hark on about my recent lumbar injury and how I have to take it easy at the moment, but basically I am unfit and out of shape. Well, actually I have a shape – it’s just not the one I want. Our visit to Mount Pirongia has given me some drive and I intend to get back there later this year and make it up that there extinct volcano.