After our walk through the 1km old railway tunnel and back along the riverside (read Going for gold in the gorge) we travelled in the Kiwi Blog Bus through the gorge and over to our campsite for the evening.

We stayed at the Department of Conservation campsite at Dickeys Flat.

Set by the river at the other end of the historic and beautiful gold-mining gorge it offers campers the chance to explore the area further and we certainly saw many new parts of the gorge that we hadn’t visited before.

It is the first time we have been to Dickeys Flat, although we’ve stayed at many a DOC site before, and I was very impressed by the location. It’s a standard camp which means limited facilities and here there are plenty of basic, but clean, toilets provided and water from the stream. No booking is required and charges are $6 per adult $2 for kids.

There’s a central car park and campers can pitch their tents in the surrounding areas, which lead down to the river. 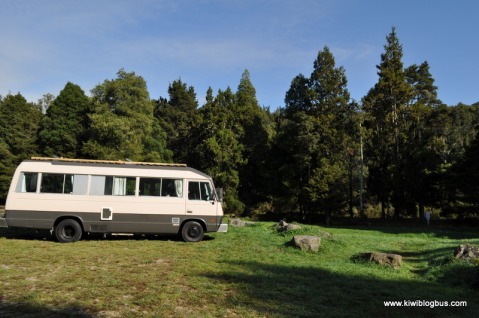 The next morning we set off on the walk alongside the Waitawheta River and into the southern end of the  gorge.

a 180m pitch black tunnel – and we had forgotten the torch!

The floor was uneven and recently flooded and the walls were jagged and sharp.
We stumbled through, literally, by feel and with tentative steps.
Not easy with two eager dogs on leads and a slightly nervous nine-year-old !
The tiny spec of light at the other end gradually got bigger but the only other light was from cave-dwelling glow worms.

We emerged safely (“That was actually good fun Mum!”) and this was the prize for our efforts…

We didn’t go swimming ourselves but on the way back we did see a group of fun-seeking youths having a great time.

The walk continues along the river; at times up through bush-clad hillside to quite a good height but the river always audible if not in view.

Mining relics are scattered throughout the area and many are visible on the walk. 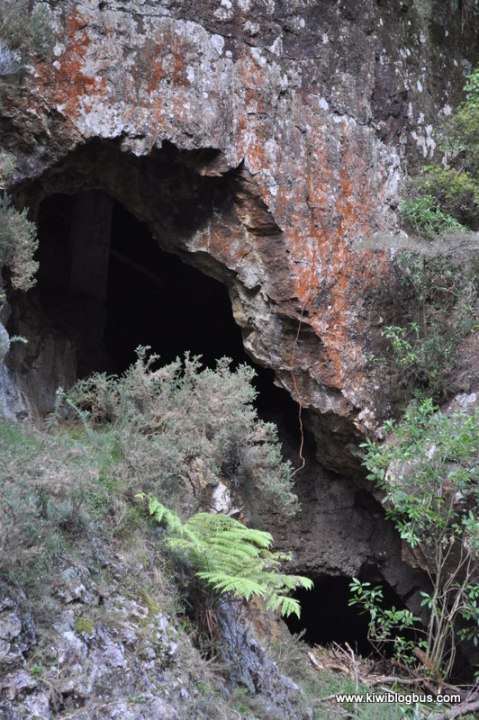 Entrance to a mine – as seen on the next picture 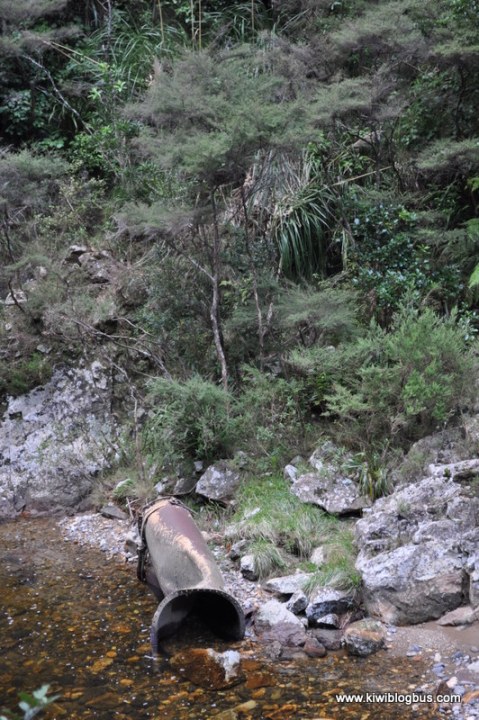 Swingbridge over the river 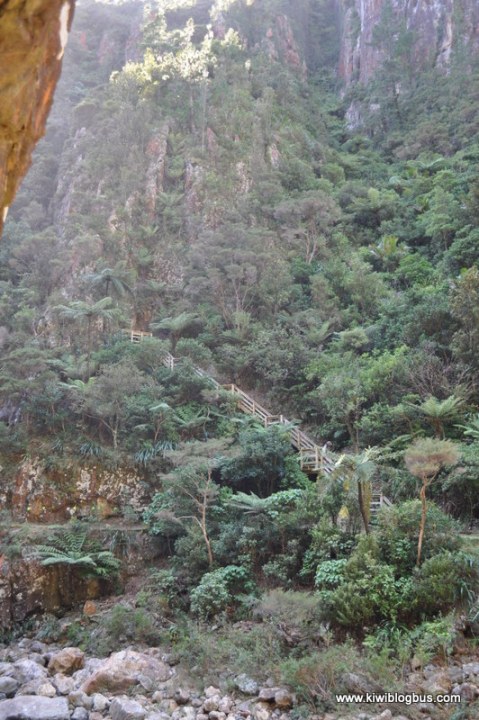 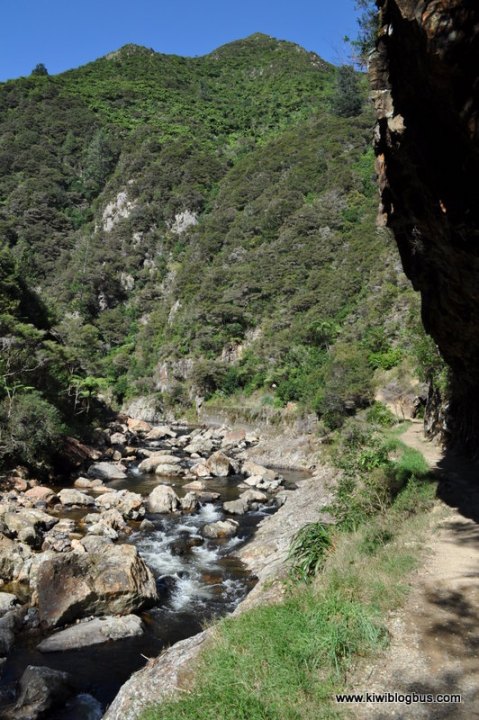 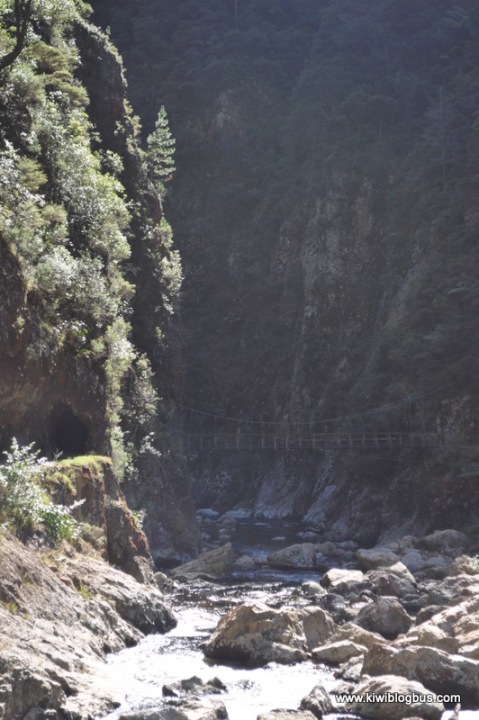 If you are sensible and remember to take a torch you can also go down to view Woodstock underground pumphouse – we didn’t (although have walked up to this point from the other end of the gorge in the past).

The walk from the campsite to Woodstock pumphouse takes about 1.5 to 2 hours. There are other walks available as detailed on this Department of Conservation brochure on the gorge.

Dogs are permitted on some of the walks but must be on leads (ahem… see my earlier post!)

We enjoyed a small snack before setting back to the campsite – once again through the dark tunnel!
(I was later told that there are normally large wetas residing on the roof of the tunnel – I’m quite glad I didn’t know that beforehand!).

Next time… pictures from Victoria battery where they processed the ore in large kilns.

4 responses to “Karangahake: Camping in an old gold-mining gorge”

Enclosed within these pages are tales of the Kiwi Blog Bus and the family’s voyages and adventures.